forsythia, In a Vase on Monday, Pieris japonica 'Mountain Fire' 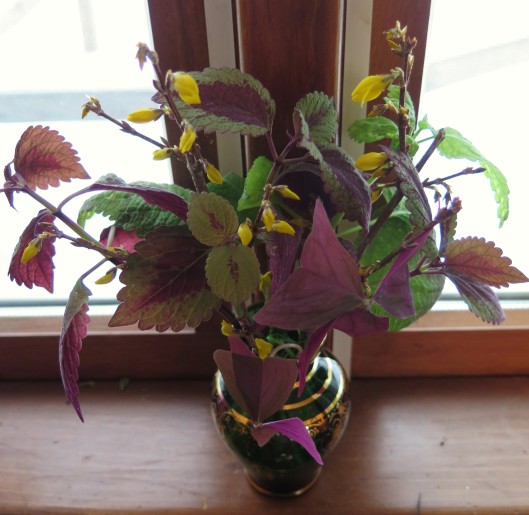 Inspired by Donna at Garden’s Eye View, about three weeks ago, I cut a few forsythia branches and brought them indoors to force into winter bloom.  This is something I do almost every year in late February or March, so I’ll have yellow blossoms for Easter, but this is the first year I’ve brought any in so early in the winter.  To my delight, it worked, and today I made an arrangement featuring some of those stems.  The flowers are nearly, but not quite completely open.

One stem was quite long and looked awkward in the vase, so I cut it in half just above a bloom, and made two stems out of one.

I used some of my reddish-purple coleus cuttings to contrast nicely with the yellow flowers.  I think it creates a richer display than the lighter green leaves would have. 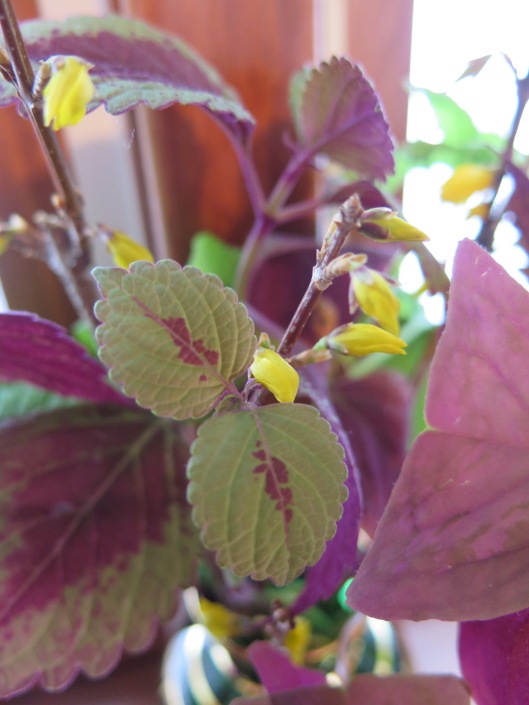 I also cut two stems out of my shamrock plant to add a bit more red to the mix.  These leaves close at night, so I’ll be interested to see whether they re-open tomorrow morning in the vase. 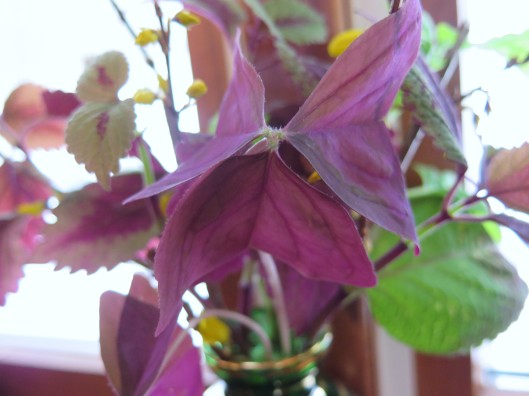 Now, here is an update on the vase I filled two weeks ago, with Pieris Japonica buds.  My friend from sorta like suburbia wondered whether they would bloom, and the answer is yes, indeed they will!  Several of the buds have opened, showing the flowers that give this plant its nickname “Lily of the Valley Shrub.” 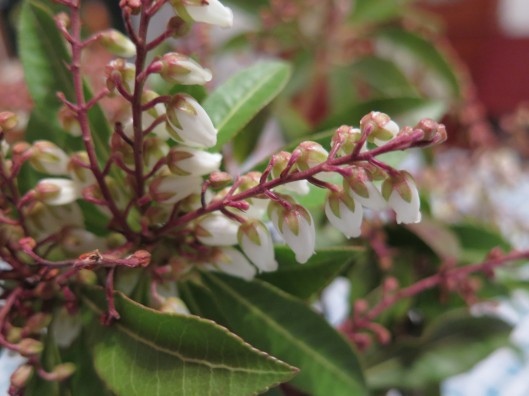 The Pieris made a lovely, long-lasting vase.  I’m glad I thought to bring some inside and must remember to do it again next year! 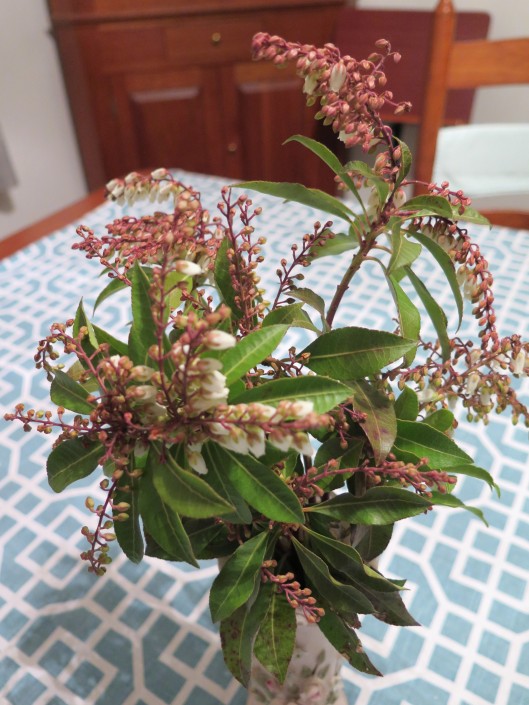 With twelve inches of new snow on the ground, a strong wind, and temperatures hovering in the upper teens, it was a delight to play with flowers and think of spring today! 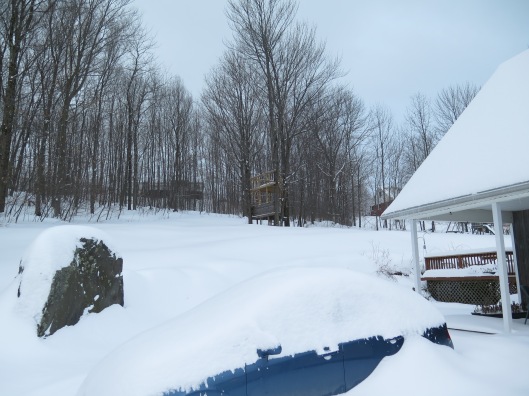 Thanks so much to Cathy of Rambling in the Garden fame for hosting the weekly In a Vase on Monday party, which has encouraged me and many other bloggers to try things we perhaps might not have otherwise!

Gardening in the North

This blog is about gardening in the north.