It’s been tempting on many Mondays this winter for me to go to the basement and snip some flowers off of the zonal geraniums that are wintering there under lights: 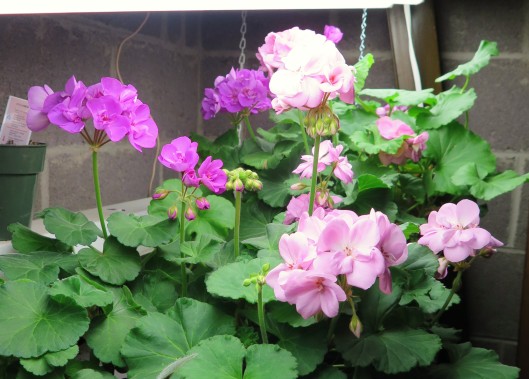 I’ve held off, however, wanting to wait until the week of Valentine’s Day to create a vase full of frothy pink!  Yesterday was the day:

I cut the five tallest flower stalks from the plants.  After seeing a plethora of blooms in the past few weeks, I was disappointed that there weren’t more.  In the end, though, they were enough.

Two Paperwhite stalks sported newly opened flowers, so I cut those as well and tucked them into a little niche near the top: 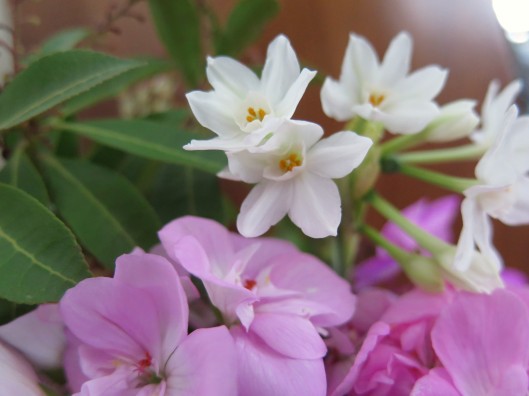 For some tall filler at the back, I recycled the Pieris japonica stems from the vase I put together three weeks ago.  Many of the buds that did not open at all had dried up and dropped off, but the leaves still looked nice, so I gave the stems a good shake over the sink to knock off the rest of the dried buds and stuck them in the vase!  I do think they’re on their last legs now, though:

Finally, I clipped a few geranium leaves and tucked them in around the bottom, as a bit of a frilly collar under the vibrant pink flowers: 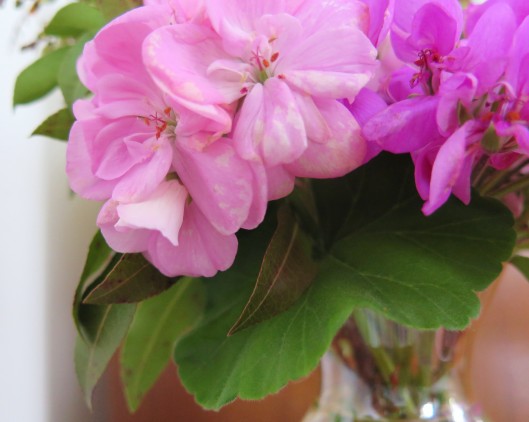 As an unabashed fan of the color pink, I am very pleased with this week’s vase! 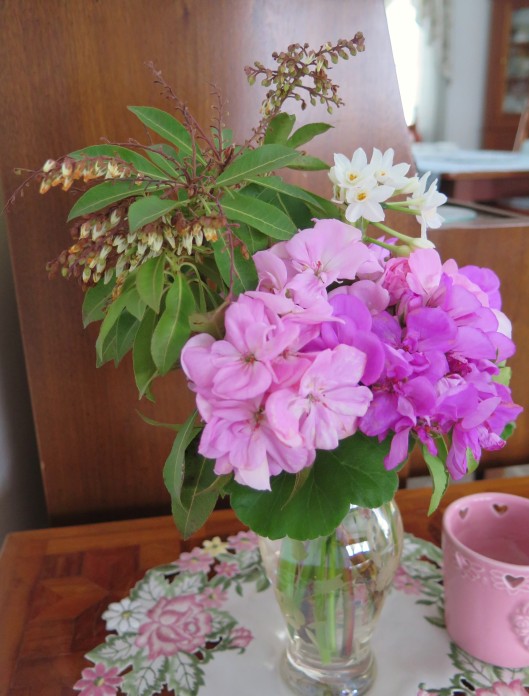 Cathy at Rambling in the Garden hosts this weekly vase party every Monday.  I know you will not be disappointed if you take a few moments this week to see what she and other bloggers are highlighting in a vase this week!

5 thoughts on “In a Vase on Monday: Valentine’s Pink”

Gardening in the North

This blog is about gardening in the north.